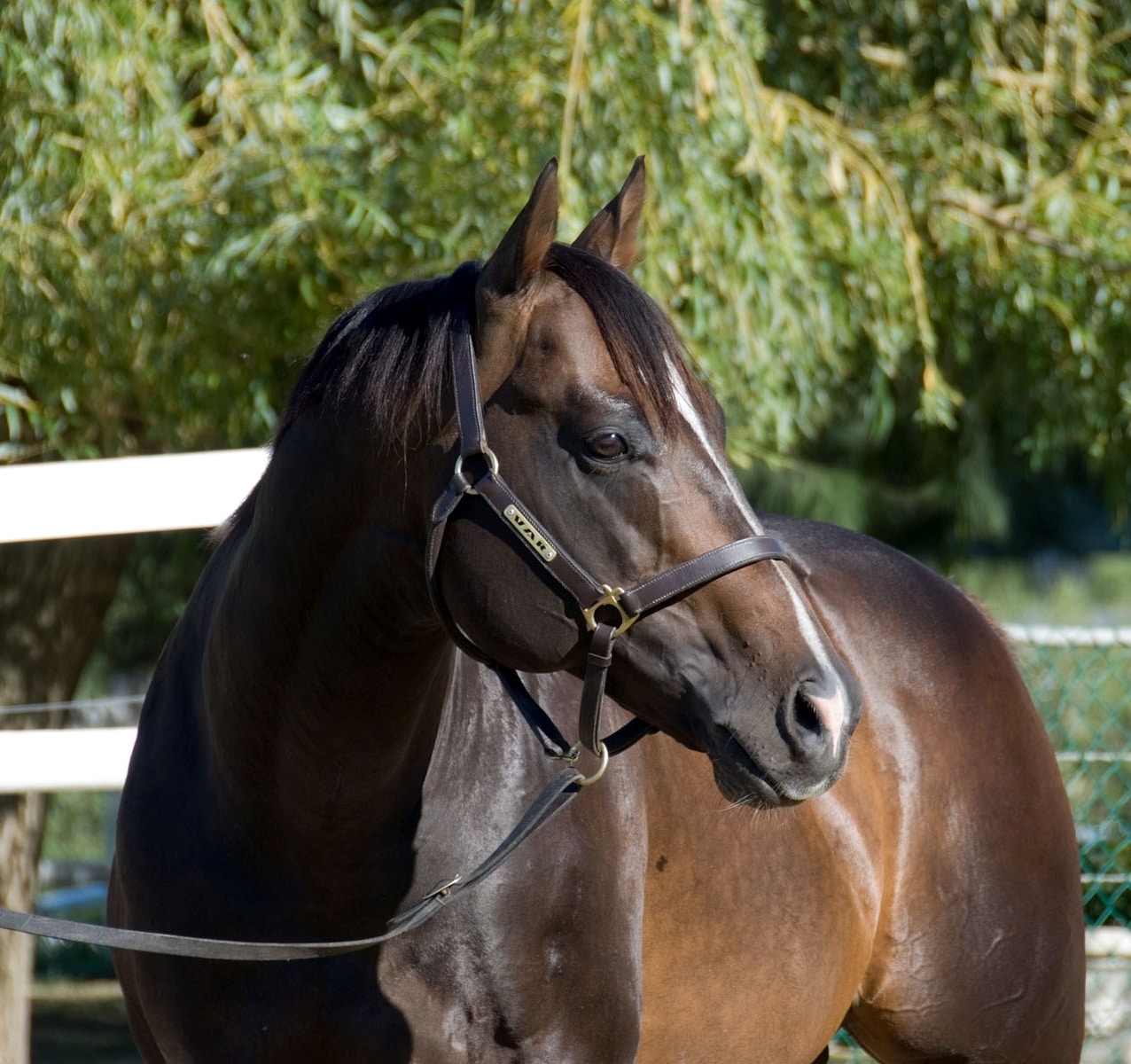 The king is dead, long live the king! A breed shaper, a lifechanger and a sire who galloped his way into the hearts of a generation of racing fans and personalities across the world, Avontuur’s 21st century flagbearer VAR has sadly moved on to his forever paddock in the sky.

Making the announcement late on Monday afternoon, a distraught Avontuur General Manager Pippa Mickleburgh confirmed that her beloved champion and best friend for close on sixteen years had been humanely euthanized at the age of 23.

“VAR was my pride and joy. He changed the lives of untold racing and non racing folk both here and across the world. He was a character and a champion extraordinaire. The scars of a battle bravely fought caught up with our loyal soldier in the end. We couldn’t leave him to bear the pressure and the pain on his limbs anymore and after agonising over veterinary advice, we were left with no choice. We are all devastated,”she said in a voice breaking with emotion.

The champion’s keeper and a man who looked after Divine King and Dominion Royale before VAR, Berthwell Arosi told the Sporting Post that he had been at VAR’s side since the day the handsome bay with the three white socks set foot on African soil.

“I am lost today. VAR was special and he took me to heights that others doing my job will never reach. I will never forget my special horse,” added the man who has been at Avontuur for his entire working life.

The news of the world’s once fastest racehorse’ retirement from the stallion barn in July last year evoked an outpouring of accolades internationally, including from champion jockey Frankie Dettori who rode the speed star to win the Gr1 Prix D Abbaye in record time from an impossible draw.

In the paddock, VAR boasts a dual SA Horse Of The Year and international Gr1 winner amongst his 27 elite level performers.

While his legacy will live on for decades yet as a potential sire of sires and a broodmare producer, VAR’s paddock pages make for glittering reading. He was Leading Sire of 2YO’s in in 2016-17 and 2017-18, and Champion Sire of Winners in 2018-19.

His offspring include close on 60 stakes winners from 1000m to 2600m, as well as two SA Champion Sprinter daughters in Val De Ra and Via Africa. His progeny continue to earn and add to the well over R250 million in earnings at the time of his passing.

Michael and Philip Taberer said that VAR was part of the proud legacy and dream of their late father and that the South African stud books bore proud testimony to the son of Forest Wildcat’s extraordinary ability.

“But beyond the raw statistics, he captivated hearts and will live on in his place of honour at Avontuur forever. We thank every shareholder, breeder, supporter and racing fan who played a role in making him a success. What an honour it has been to be a part of a modern day fairytale,” said the brothers.

VAR has one son at stud in the handsome Talk Of The Town, who stands down the road from Avontuur at Winterbach Stud.

For now the South African racing industry celebrates the life and achievements of a stallion that made us proud.