The full low down on each CPYS 2020 Yearling! 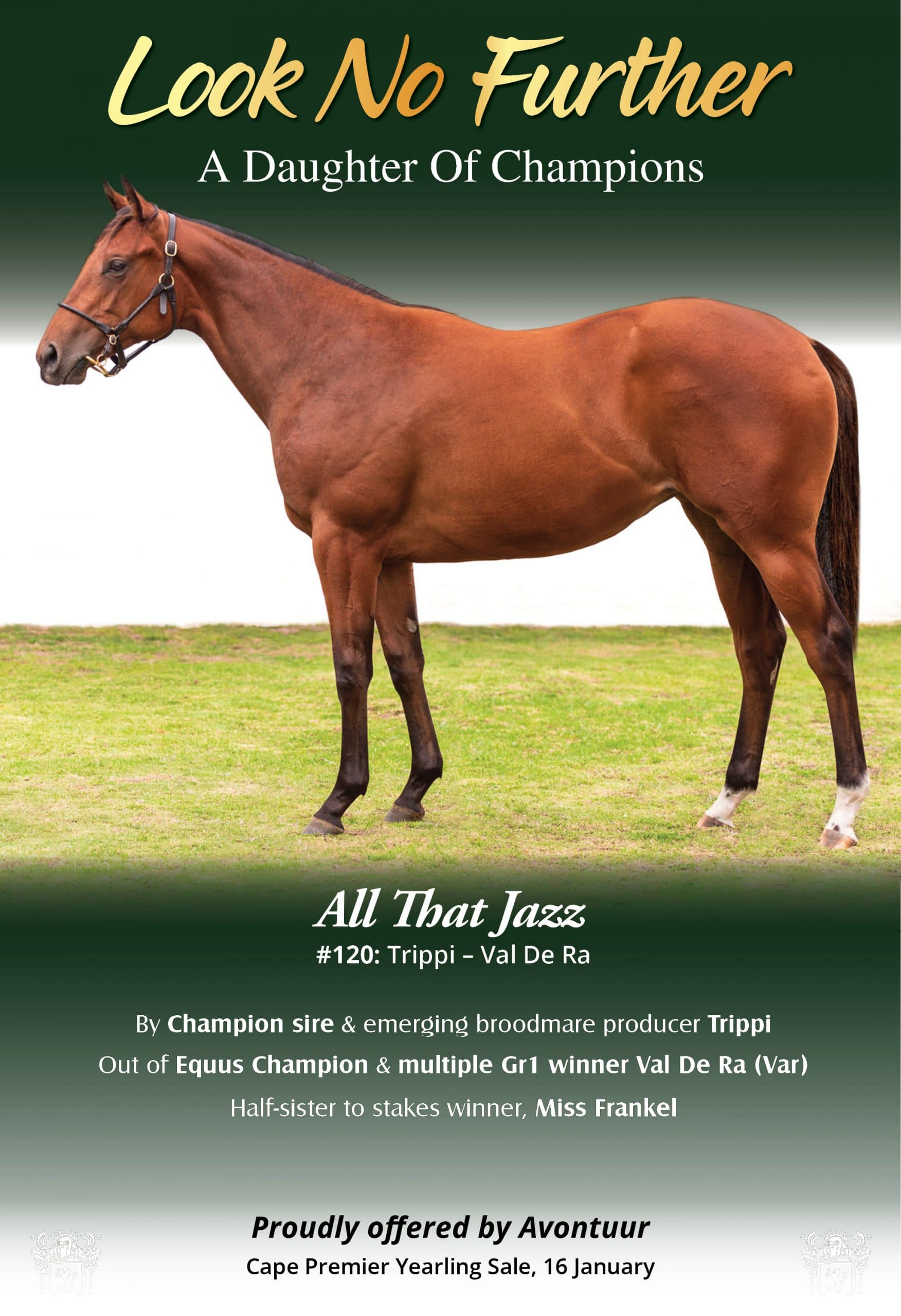 “Some time ago someone remarked to me that the so-called ‘small buyers’ don’t like to come to the major sales because the ‘big” buyers pick up all the best horses. But I’d like to counter that, because we always have yearlings in our draft that suits buyers of all budgets, and we value every client. Visit us at the Avontuur stand and see for yourself.”

The first Avontuur yearling to step into the ring at CPYS this year will be Lot 1, Master Of Law, a colt by Legislate from Jackie O. “He’s big strong and robust,” said Mickleburgh, who was happy to see a single Legislate runner in Gauteng finish second on debut just recently. Snooze and you lose!

Lot 16 is Mayenne, a filly by freshman stallion Rafeef from La Normandie, who has had four winners from four runners including Gr1 Golden Horse Casino Sprint winner Normanz. “She’s a big horse of high quality, if this is the type of filly Rafeef’s going to produce I’d be excited for his owners.”

Lot 29 is a filly sired by the well-performed Master Of Fate, named Call It Fate. She is from the family of Cold As Ice and Mickleburgh said: “She’s strong and correct, a good looking filly I’d place in the ‘smaller buyers’ league, she could be a value buy, well worth a look!”

Lot 32, Spielberg is a cleverly named colt, described as “hunky and good-looking”. He’s by Futura from the fast Gr3 winner Miss October, the sister to August Rush and dam of promising Spring Break. “We named him Spielberg after the famous movie director (of mostly futuristic films), and because in the Spielberg movie ‘Back To The Future’, they travelled to the month of October,” Mickleburgh explained. “Spielberg is an imposing third foal.”

Lot 37 is Live My Life, by Gimmethegreenlight from Muamba (Pure Prize), a five-time winning half-sister to 2016 Durban July runner Mambo Mime. “She’s a dark filly, athletic, highly attractive and from a winning Argentine pedigree. Our fillies are invariably excellent runners, and Gimmethegreenlight is a top stallion.”

Lot 120 is the pride of Avontuur’s 2020 draft. Named All That Jazz, she is by Trippi from Champion sprinter Val De Ra, whose stakes-winning Frankel filly Miss Frankel was recently exported. “She’s big and scopy, she has her mother’s length, so to speak, and she’s no pushover. She’s big, with a nice barrel, and we all know how the Trippi fillies can run. We decided to put her on the sale, we believe we’ll get a good and deserving sales price for a yearling of this calibre, as we’ve done it successfully with similarly well-bred yearlings before.”

Quiz Master (Lot 123) is another likely to get the tongues wagging. He’s a son of the terrific Silvano and the VAR mare, Varsity Queen. Mickleburgh said this is “a proper horse”, one with the “wow” factor. “It’s hard to produce Silvano’s for the early sales. This one is medium-sized, his half-sister Operetta was bigger. But he ticks all the right boxes. He is strong and will develop into something special, a must-see!”

Stallion Captain Of All is doing the job, and his bay son Goodwill (Lot 131), like Lot 46, is from a Jet Master mare, this one Without Malice, who won eight races. “He’s an attractive, athletic colt with clean legs, another one I’d put in the ‘normal buyers’ league,” Mickleburgh said.

Lot 138 is the final Avontuur ‘baby’ through the ring. He’s West Point, an Oratorio full-brother to Gr1-placed Ancestry,  who was a first foal and Mickleburgh said: “He looks like Ancestry, but has more rib cage – a nice yearling from A Daughter’s Legacy, a good mare we expect to produce more good foals.”