Oratorio leads the charge for NYS18 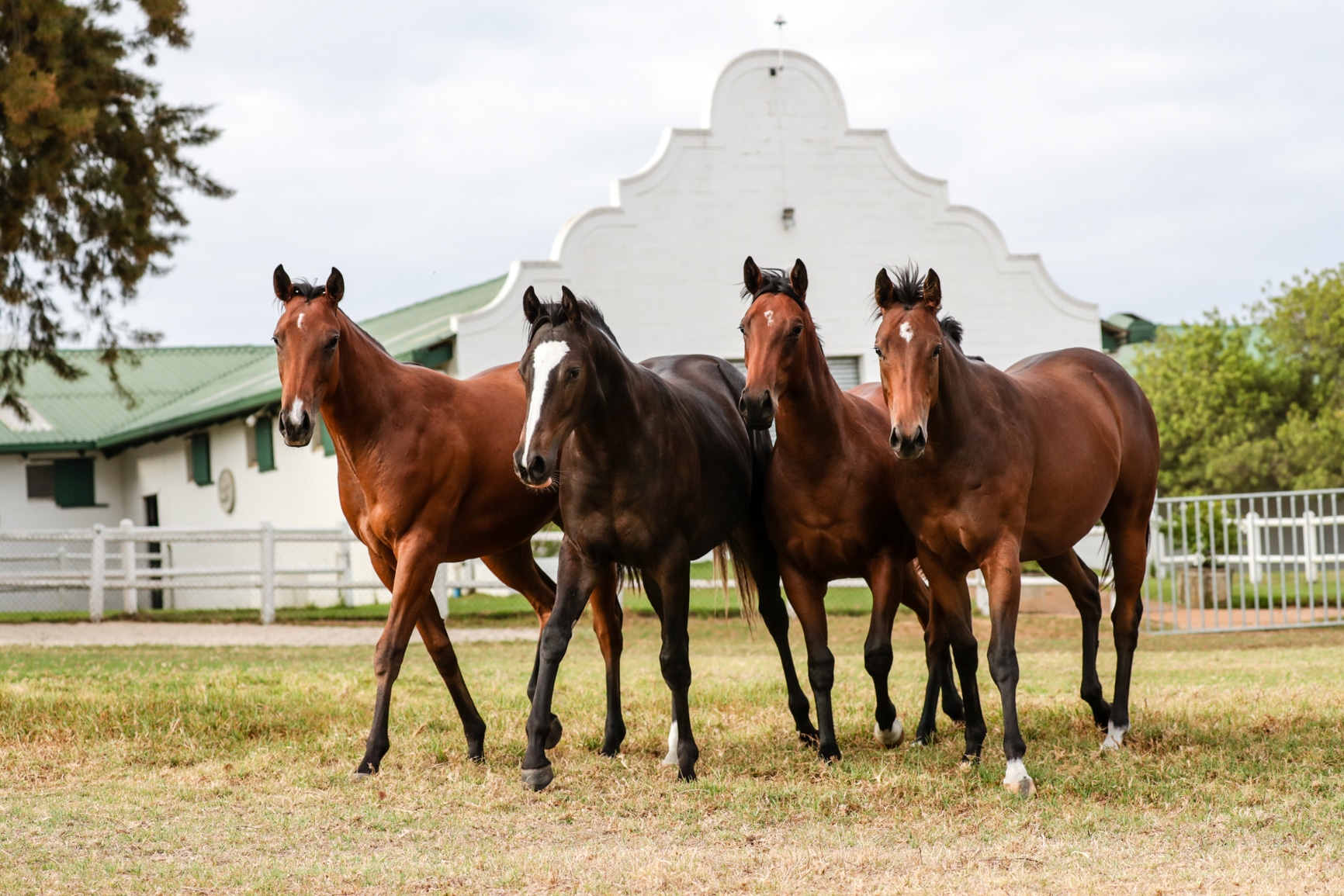 With all our yearlings and the thoroughbred stud team safely ensconced  at the TBA Sales complex, we are happy to share them with buyers, trainers and owners for the next few days.  Pop in for a viewing, a glass of wine and snack – we look forward to seeing you.

For more info about the selection, have a look below or visit our sales page at http://www.avontuurestate.co.za/stud/sales2018/.

It’s always wonderful to be proven right and in the case of our highly rated international sire, Oratorio, our policy of “give them time”, seem to be paying off as his progeny make waves on race courses country-wide.

Recently Carlita showed her class in the Listed Eastern Cape Fillies Nursery and a few weeks ago it was the turn of the beautiful grey, Mardi Gras out of Sarabande who won in fine style. We therefore have high hopes for the four Oratorio yearlings, making up the bulk of our crop set for the National Yearling Sale in Gosforth Park at the end of April.

We start off with the two colts. First up is Lot 58, Cassimbo out of Torra Bay (AUS) who is a powerful, very attractive horse from an internationally successful female line.  Lot 69 – Vivant – out of Viva is a strong, robust brother to Live Life and Cold as Ice.  “Viva is one of our foundation mares and she hasn’t thrown a colt in a long time, which makes this boy a wonderful surprise,” says Avontuur GM Pippa Mickleburgh.

The two fillies are Lot 310 called Before the Dawn and she is a high quality first foal out of  the Var mare, Varikate.  Lot 327 is out of Without Malice, herself by Jet Master, and according to Pippa you can clearly see the Jet Master looks in this filly called Ode.

Var holding the fort too…

Two fillies and a colt make up our champion sire Var’s contingent.  Lot 98, called Serenity out of Gr 1 winning mare Bambina Stripes (ARG) is a beautiful young lady, whose name suits her perfectly.  The second filly is Lot 210 called Beautiful Mind out of Model IQ.  “She is out of the stalwart line of Wise Dame who has done very well for Avontuur over the years and as Model IQ has mostly thrown colts, it’s wonderful to have this gorgeous Var filly out of her,” Pippa says.  The Var colt is Lot 512 called Big Bay out of Paradise Beach (IRE). He is a racy, athletic bay colt, who looks like a typical speedy VAR.

We’re happy to present Lot 206 Gabreira who is from the last full crop of Champion Sire Captain Al  out of stakes winning mare Miss Ipanema.  He is a big, strong, strapping colt and a half-brother to the talented two year old Carioca, so should do well.

One Captain of All follows, a colt called Candyman out of Candy Vous (ARG).  He is is smart, strong, powerful and full of beans and from a lovely imported female line.

Master of my Fate is the current leading first season sire, and it would be amiss not to show off our classy high-quality colt out of Sea of Calm (USA). This is a great family and Lot 26, Seascape should not disappoint.

Lot 418 is a tall, dark and handsome colt called Double the Fun by Twice Over (GB) and out of the imported mare Gaiety Girl (USA).