National Yearling Sale gives us a chance to shine! 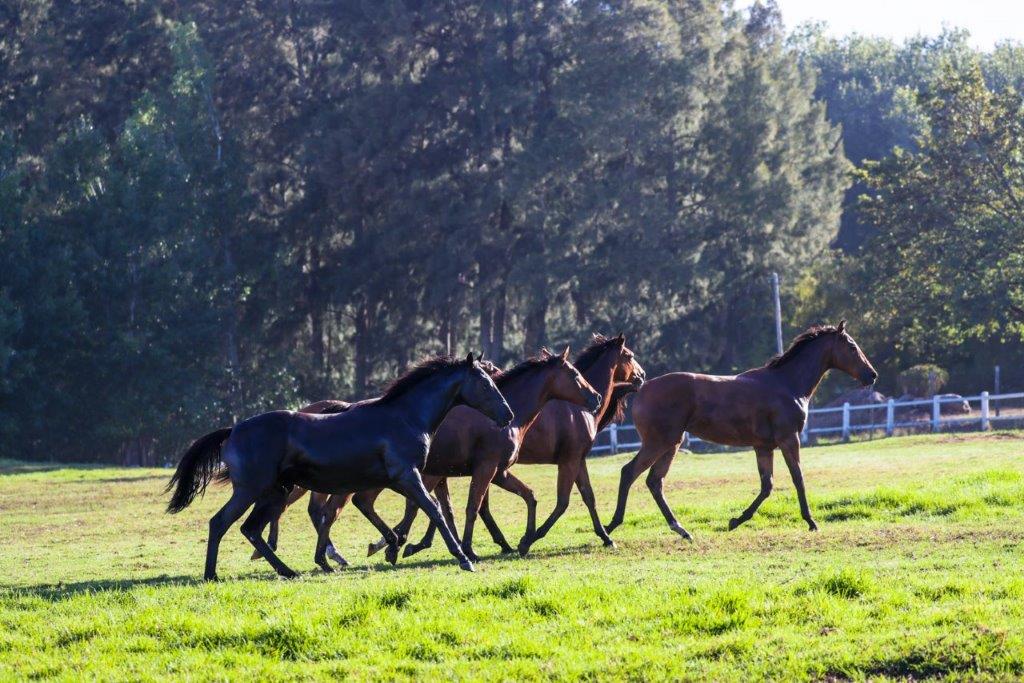 Avontuur Thoroughbred Farm will be sending 17 yearlings up to Gauteng for the annual National Yearling Sale which takes place on 24, 25 and 26 April at Gosforth Park as usual. The yearlings and crew will leave on 14 April and should be properly installed in C-block and ready for visitors a few days later.

In Session 1 we are proud to have two stand-out colts by recently deceased champion sire Dynasty which once again proves the point that this allocation of superior lots offers the best of the best!

Broadway is a big, upstanding half-brother to Val de Ra and Cue the Music.  In the same session the Dynasty colt,  Legitimate is high quality attractive and racy, out of the Group one winning race mare Bambina Stripes.

Over and above the Dynasties, we have two Var’s – Testino, a half-brother to Gr 1 winner Attenborough who is a big, strong boy out of In Camera and an attractive filly called Sumida who is beautifully bred and really pretty!  Lastly in session 1 we also offer a stunning Oratorio colt called On A High Note, out of talented race mare Pan Amm.  He is flashy and good looking and an unusual grey colour.

For the rest of the Sale we have 6 impressive Oratorio’s on show:

First up is Lot 250, a robust strong filly called Lucy Belle out of Viva la Belle (AUS) who is a half-sister to Gr 1 winner King of Pain.  Lot 377, a filly called Ahanah, is a high quality first foal out of Hannah Gorgeous and a 3-part sister to Futura.  This brand-new mom has done a great job with this first foal. The last Oratorio filly is Lot 445 called Caruso out of Var mare Menorah. She is from a wonderful female line which includes Viva, Live Life and Cold as Ice and looks like a speedy sort who should deliver on her promise early.

Two colts make up the rest of the Oratorio grouping starting off with Lot 289 out of Baltic Beauty from the female line of Mother Russia.  He is named Baltic Beat and as he matures he’s showing more and more potential and grows on you.  Manterio (Lot 442) is out of Manteray Bay (IRE) who is from an imported line by Sadler’s Wells. What a nice, strong, powerful colt he is!

Var represented by a filly and a colt:

Two more Var’s follow later on in the Sale, starting off with Lot 408, first foal called On the Go out of good race mare Jet Set Go.  This Jetmaster/Var cross should be a good one!  Lot no 462 is a colt out of prolific brood mare Murmuration (USA).  He is called Winging It and his dam has already produced  many good winners, so we expect great things from this strong boy.

Some of SA’s best sire’s in the line-up:

We have already had great interest in a magnificent looking colt called Patronage (Lot 241) who is by Philantropist (USA) and proven race mare Varikate.  He has the Var good looks from his dam’s side with his sire’s beautiful physique.  Equally good looking, but feminine, high-spirited and precocious is Lot 310 a filly called All Sorts by Futura out of Candy Vous (ARG)

For the rest of the Sale we have a very nice Master of my Fate filly (Lot 403) out of Jackie O called Merrywood who is from an excellent female line. She is attractive, dark and a smooth mover, so should impress.  Lot 260 is a filly named Mind Set by second crop sire Captain of All out of a good mare called Academia.  She is tall and athletic and the first time we have one of her progeny on open sale, so a chance to grab a potential winner!

Lot 397 is a filly by Kingsbarns (Ire) and dam Instante.  She is  medium-sized,  attractive and  has a lovely temperament.

To view the yearlings at Avontuur Estate before the long trip to Gauteng, contact Pippa Mickleburgh at stud@avontuurestate.co.za