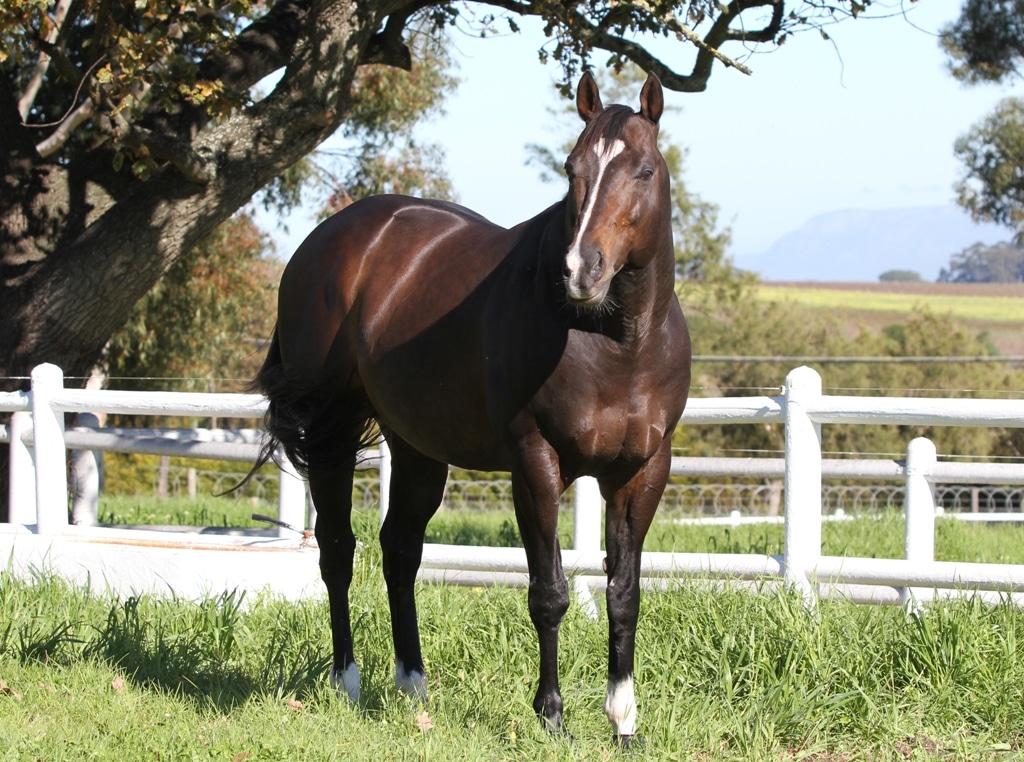 Avontuur’s outstanding stallion Var is never short of having an exciting prospect to his bow – and he appears to have a really nice colt in the shape of Generalissimo.

Bred by the Hyjo Stud, Generalissimo took his record to two wins from just three outings when accounting for another talented Var colt, Varbration, in a graduation plate at Scottsville on Sunday.

A really good looking colt, Generalissimo is trained by Dennis Drier, who described the colt as something really special in a post race interview.

He is now likely to go down for the Cape Summer Season where Generalissimo will be aimed at some of the Cape features.Generalissimo, a R350 000 buy at the 2013 Suncoast KZN Yearling Sale, is one of a number of promising 3yos representing Var this season.

Other well regarded sophomores for Var in 2014-2015 include Gr2 Umkhomazi Stakes hero Harry Lime and the unbeaten filly Varachino.

Sire of the Equus Champions Variety Club, Val De Ra and Via Africa, Var has a 2014 stud fee of R150 000 and will once again cover an outstanding book of mares this season.

Avontuur is at the Fourth Cab Franc Festival

Talk Of The Town is back on home soil