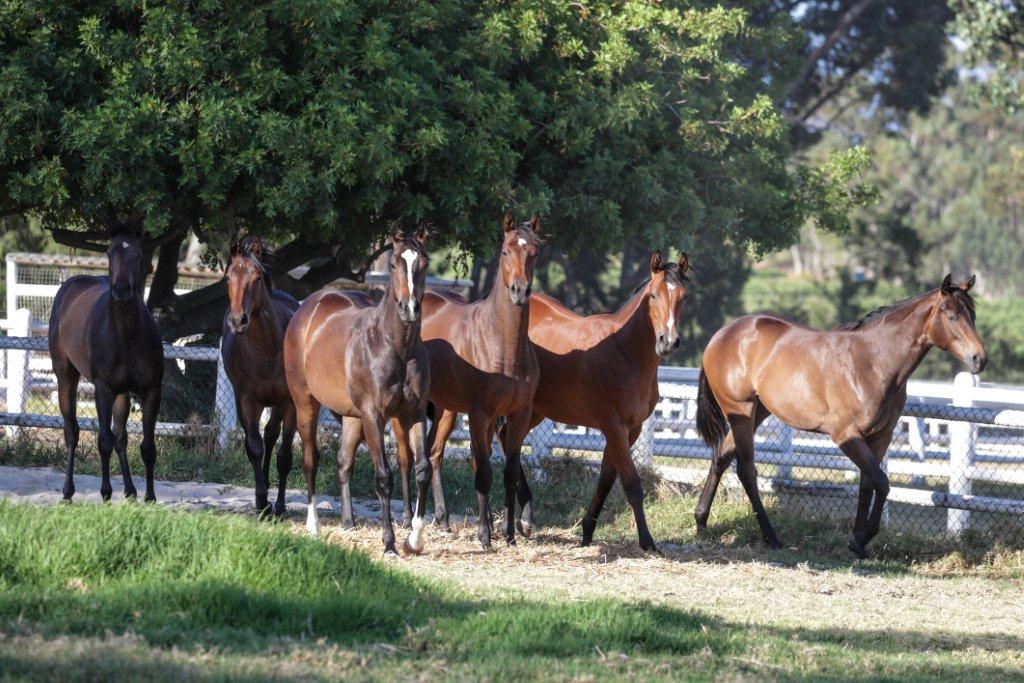 An exciting group of nine yearlings are on their way to the CTICC for the Premier Yearling Sale on 20 and 21 January.  With a mix of tried and tested sires, brand-new hot young sires and quality brood mares, Avontuur’s stables will once again be popular stops for buyers looking for future winners.  To see some casual pics, courtesy of Liesl King, click here  http://www.avontuurestate.co.za/stud/sales2018/

“The Art of Winning is a combination of science and creativity and over the decades we’ve tried to make this dream a reality for Avontuur’s many loyal supporters, owners, buyers and racing fans world-wide,” says GM Pippa Mickleburgh.

We’re happy to support two first-season sires with Lot 183, a filly called White Lace by Flower Alley out of A Daughter’s Legacy and Lot 67 (Seven Cape Winters),  a filly by Soft Falling Rain out of Menorah.

“White Lace is a half-sister to the talented Ancestry and Gr 2 winner A Woman’s Way.  If you’re a speed freak, Seven Cape Winters is the answer to your prayers as she is from the female line of Cold as Ice and Live Life.  She is a flashy attractive filly and a credit to her sire,” Pippa comments.

On the proven sire spectrum we find Lot 199, a Captain Al colt called Baltic Mission out of Baltic Beauty, Lot 72 (Spring Break), a pretty Trippi filly out of Miss October,  and Lot 50, a big strong filly called Honfleur by Silvano out of la Normandie.

Giving more background, Pippa explains:  “Honfleur is a half-sister to Gr 1 winner Normanz and Baltic Mission is from the female line of Nother Russia.  Both are really impressive and robust. Spring Break is from the family of August Rush and as such she is athletic,  classy and really good-looking.”

Three Oratorio’s make up a trio of quality yearlings with two colts, Lot 33 and 63 leading the pack.  Snowdon (33) is a half-brother to Attenborough and is a really classy specimen with Mantra, Lot 63,  from the female line of Front of House making up the male contingent.  The filly is Lot 171 who is a half-sister to Gr 1 winner King of Pain.  She is called Salvadora, out of Viva la Belle and is a strong rugged sort.

Last but not least we have Lot 95 by Var out of Stakes winner Pan Amm.  He is called Ground Control and is a high-quality athletic colt who should reward with typical Var results on track.

Pippa and the team will be on hand to show yearlings and entertain buyers from Thursday, 18 January and we hope to see lots of interested parties then.