Callan Murray – A story of tenacity and talent 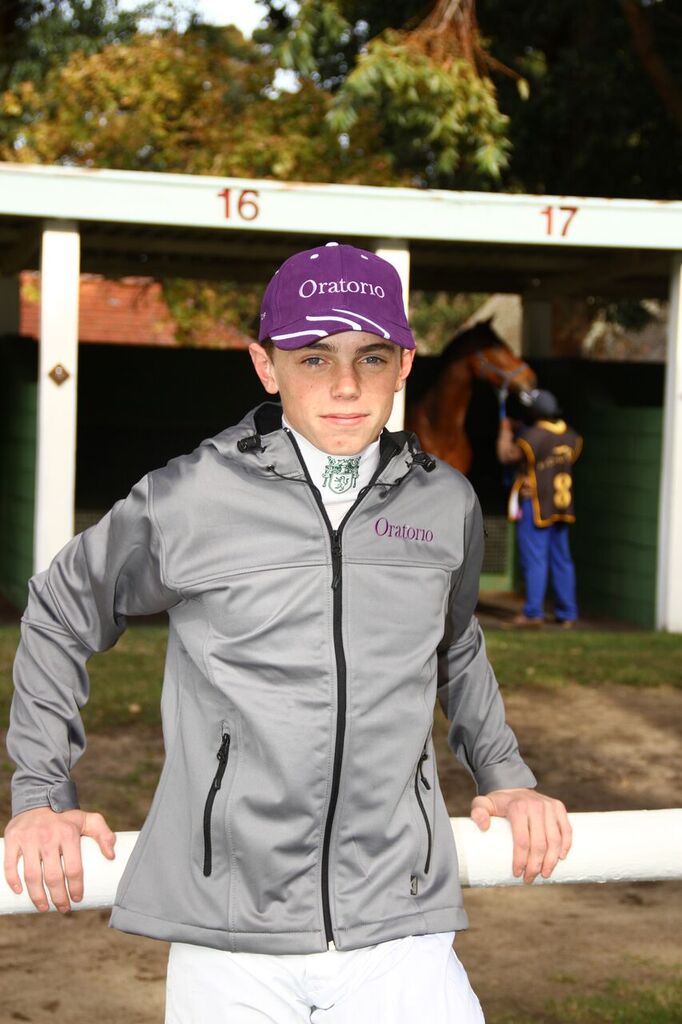 He recently won the 2016 Racing Association Feature Season Award for Champion Apprentice Jockey even though up until four years ago, this 19 year old had no interest or history in the sport of horseracing at all!

“A good family friend of ours was very involved in the game. He approached me one day and said that I was the correct weight and size for the job. He took me to the races and I immediately knew that this is what I wanted to do with my life,” says Callan Murray. “Ever since that day I can’t seem to get enough of it!”

Only four months later, the then 15 year old Callan left Reddam House in Johannesburg where he was attending high school to join the South African Jockey Academy at Summerveld, Durban.

“It was all a very new world that we were open to try and learn about. My mother and father were very keen on the idea and believed it was a good career choice for me, although they were very sad to see me leave home at the age of 15,” he says.

The South African Jockey Academy is a world leader in jockey development, education and training and is the only institution in South Africa that offers youth an academic and practical apprentice programme to qualify as professional jockeys. Situated at Summerveld outside of Durban, this state of the art training facility was established in 1958 and has grown from strength to strength in producing leading jockeys, many of whom have gone on to receive top honours internationally.

Apprentices begin their initial training at the Academy and are then fed through to the other three training centres around South Africa once they are competent at riding in races. This is the exact path followed by Callan who moved from Summerveld to Johannesburg in March last year.

“I was very hesitant about making the move because I believed I had a good thing going in Durban. But once I got going here I never looked back. Realistically, with the field sizes and more frequent racing, Joburg was a good place for me to get more rides and grow as a rider,” he says. “By coming here, many doors opened for me and I was able to get into the right yards that provided me with quality opportunities. It’s been a great experience here and I have settled in well. Most importantly, I feel as though I am in a good space which allows me to perform at my best at all times.”

About his participation in his first professional horserace, in November 2013, Callan says that he was extremely excited, and nervous. “The race itself is still a blur!”

His first win was also in November 2013. “Words cannot even describe how it felt. It was only my third ride and it was very unexpected. It’s quite funny because I led the whole race and ended up winning by just under a length. I was couldn’t get the smile off my face for weeks,” Callan recalls.

About this win, Callan says it gave him so much confidence as a rider. “Many trainers gained trust in me after this winner because it showed that I was able to perform at a higher level. I am very grateful to Mr Woodruff, Mr Brugman and Mr and Mrs Jooste for having the trust in me at an early stage of my career!”

His career highlight to date, he says, must be his win in the Group 2 Victory Moon stakes aboard Deo Juvente in November last year. When asked which is his favourite racehorse, he says that it is a dead heat between Fursa and Chepardo. “I honestly couldn’t split them. They are both easy going horses who always try their absolute hardest. Riding horses like them makes my job so much easier!”

Callan has many role models within the industry but says that Anton Marcus stands out for him.

“I really admire his work ethic. I have tried to pick up on things he has done in and out of the saddle and used it to my benefit,” he says.

Besides his obvious appetite for horseracing, Callan also loves to ride Motorcross and has done this since childhood. Speed seems to be a passion too!

This confident young man says that his passion for the sport and his ability to talk to people comfortably has enabled him to create good relationships with owners and trainers, which he believes is one of the best ways to market oneself as a jockey.

Typically Callan’s day starts at 5am with work rides, racing and watching race replays before heading to bed for much needed sleep. “When I do happen get the odd day off I try my best to see my family and friends, it’s quite difficult to maintain good relationships when you are always either working or traveling away from home,” he says.

“Looking five years ahead, I would certainly like to have achieved the title of Champion Jockey and hopefully be riding abroad in places like Hong Kong or Dubai,” Callan says.

His advice to other youngsters interested in a career as a jockey: “I would just advise them to work their hardest at all times, especially in the mornings at work. People always notice a hard worker!”

Callan feels that his generation have a huge role to play in the future of horseracing, whether as a participant or supporter. “The younger generation is very innovative and they can bring so much to racing to help it build, grow and be recognized as the great sport it is,” Callan says.

“I thoroughly enjoy my job, which helps me to get through early mornings and late nights with a smile on my face!”

The future of Callan Murray is most certainly bright and exciting. Watch this space! Follow Callan on Twitter @callan_murray <https://twitter.com/callan_murray> .

A CAREER AS A JOCKEY

Are you athletic, brave, fit and strong? Do you love speed? Then a career in horseracing might be just what you are looking for! Are you between the ages of 15 and 20 years old, 150 to 160 cm tall and weigh between 38 and 47 kgs?

Then contact the SA Jockey Academy to enquire about what has been described as one of the most unique career paths in the world!