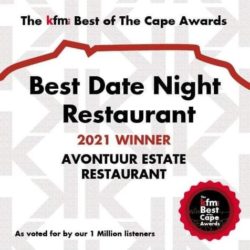 The country’s top casual restaurants for 2018 were announced at the 2018 Eat Out Mercedes-Benz Best Everyday Eateries.

The top names in each category for each province were determined by a two-step process. Star ratings given by the public on eatout.co.za and the Eat Out app from 1 September 2017 to 31 August 2018 were tallied.

The restaurants that received a large volume of high scores from fans were visited by Eat Out’s professional critics, gave their own ratings. Final results were based on a 50-50 composite score from the public and the critics.

2017 Runner up in the Margaret Hirsch Women in Business Awards

The Margaret Hirsch Women in Business Awards Gala Evening that was held at the Century City Conference Centre in Cape Town on April 7, was a star studded affair.  The theme was old Hollywood, and top business women from around the Cape came dressed the part!  Over 300 people attended the event, which was co-sponsored by Hisense, one of Hirsch’s top suppliers. Robyn Hey, Past Chairperson of the Cape Town Chapter of the Business Women’s Association of South Africa was the Guest Speaker at the event, and complimented Margaret and Hirsch’s for their initiative for holding the event, and for being a great inspiration to business women throughout South Africa.